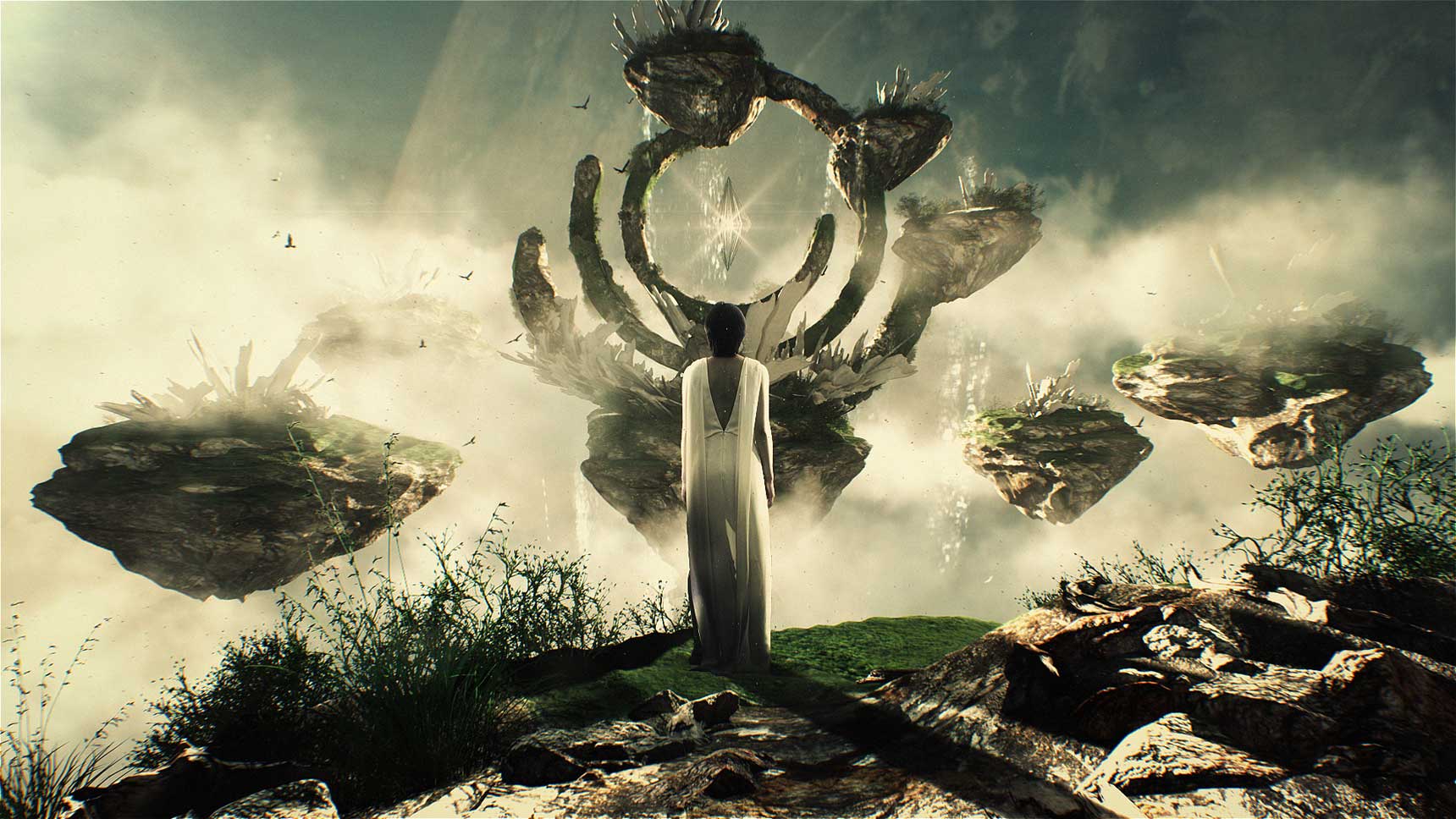 This work is a continuation of Takayuki Sato‘s first work, “The Moment of Beauty”. It conveys the same magic, the same elegance, the same ethereal atmosphere.

The vision comes from an extremely close inspiration. As the artist explains:

“After I finished The Moment of Beauty in 2014, I started thinking about what I could do next. It took me a while before finding the vision, but in 2015, I started drawing some sketches and then started thinking about making a sequel to my short film.
I liked the theme of The Moment of Beauty because I always love lights, particles, universe and beautiful things. However, it was pretty hard for me to think about the new design for the sequel. I basically wanted to create something better than the first one.”

However, as the title clearly indicates, Takayuki Sato‘s vision in this second episode goes far beyond. This eye catching movie plunges us into parallel worlds and imaginary landscapes which have a very magical dimension though created from reality. The film is a journey in the Universe, a travel through space.
For Takayuki, it was important to represent a three-dimensional space:

“I was always thinking of visualizing a deep 3 dimensional imaginary space after I watched two beautiful universe CG animations several years ago. The first one is ‘Thor ending’: I was working on the Thor logo animation and putting each name on the back CG place for this movie, therefore I needed to watch the amazing background CG space animation which was created by studio BUF so many times until we finish this project. Every time when I watched it, I was amazed and also was falling in love deeper and deeper with the Universe. The second one is ‘The space we live in’: I had a chance to create some space scenes several times for some films and TV contents before, but the way I was creating was not reaching their quality and deepness for a while, so I was always hoping to have the chance and skills to generate the same kind of universe that I found in these works.
I wanted to include the space scene because I love creating and watching the beauty of universe. Even more, after I watched northern lights in Iceland (2015), I was feeling some connectivity between the universe and us. So I wanted to show my feeling somehow and created the scenes based on my feeling and imagination”.

After having created dune worlds, sky, trees or galactic castles that appear in the first version of the project in the summer of 2015, Takayuki Sato leaves the work to lie fallow. His travels in Europe will be of great importance in the creative process:

“About a month later, I had a chance to visit Germany and Switzerland, says the artist. Luckily I encountered many inspirations from there, especially the details of nature when I visited Zermatt. Beautiful mountains, Skies and Air. These made me feel something different and I started to think again about my short film.
Another great opportunity was the trip to Iceland I made at the end of October in 2015. I was simply amazed by so many views, such as Skies, Landscapes, Waterfalls, Northern Lights and Stars, everything was very stimulative”.

Indeed, the artist was definitely getting some new impact from this place which we can definitely feel in his work. We gradually discover a universe that slowly unfolds: the story presents the journey of a female character whom we follow from one world to another in a genuine space journey. In the first world, the woman already saw some of the stars and nebula at the beginning which is connected to the universe from the 3rd world. While she was walking, the universe was leading her to get there little by little using the attractive moments such as the lights, light balls, and the star gate. Somehow she wanted to move forward to see more because something (someone) is calling her. She enters into the second world, a surreal floating world where she barely saw anything in the distance. So she kept walking, and finally encountered the star gate. Around there, gravity etc, everything was controlled by the universe – or by someone, maybe herself from another dimension.

The gate activated by the center crystal – which was shown in the 1st Moment of Beauty -, and the mandala was drawn which was the connection between the planet and the space. Then the center crystal got rotated and the islands around the star gate rotate and having the strong lights to lead her to the sky.

At the end, the character meets another person: is she a kind of angel? herself in another plan of existence, in another dimension, maybe a parallel world, maybe even in her mind. Takayuki explains:

Sometimes people say there is another person who looks exactly like us who might be from another galaxy. I would say that the other side of her, generated by the Universe, had wanted to meet her – herself – for a long time, so she sent some signs from the sky. Therefore the main character, shown from the beginning, felt somehow this call and wanted to meet her too, even though she didn’t know of the existence if the other side of her.
Both are kind of calling each other because they are looking for each other to know more and to become one to open and enter the new gate (the last one) for a next journey.

Beyond the so called reality, this visible world, what if there is another us, waiting for us to come and meet? With the second version of The Moment of Beauty series, Takayuki Sato makes the dream come true. Looking forward to the next episode!