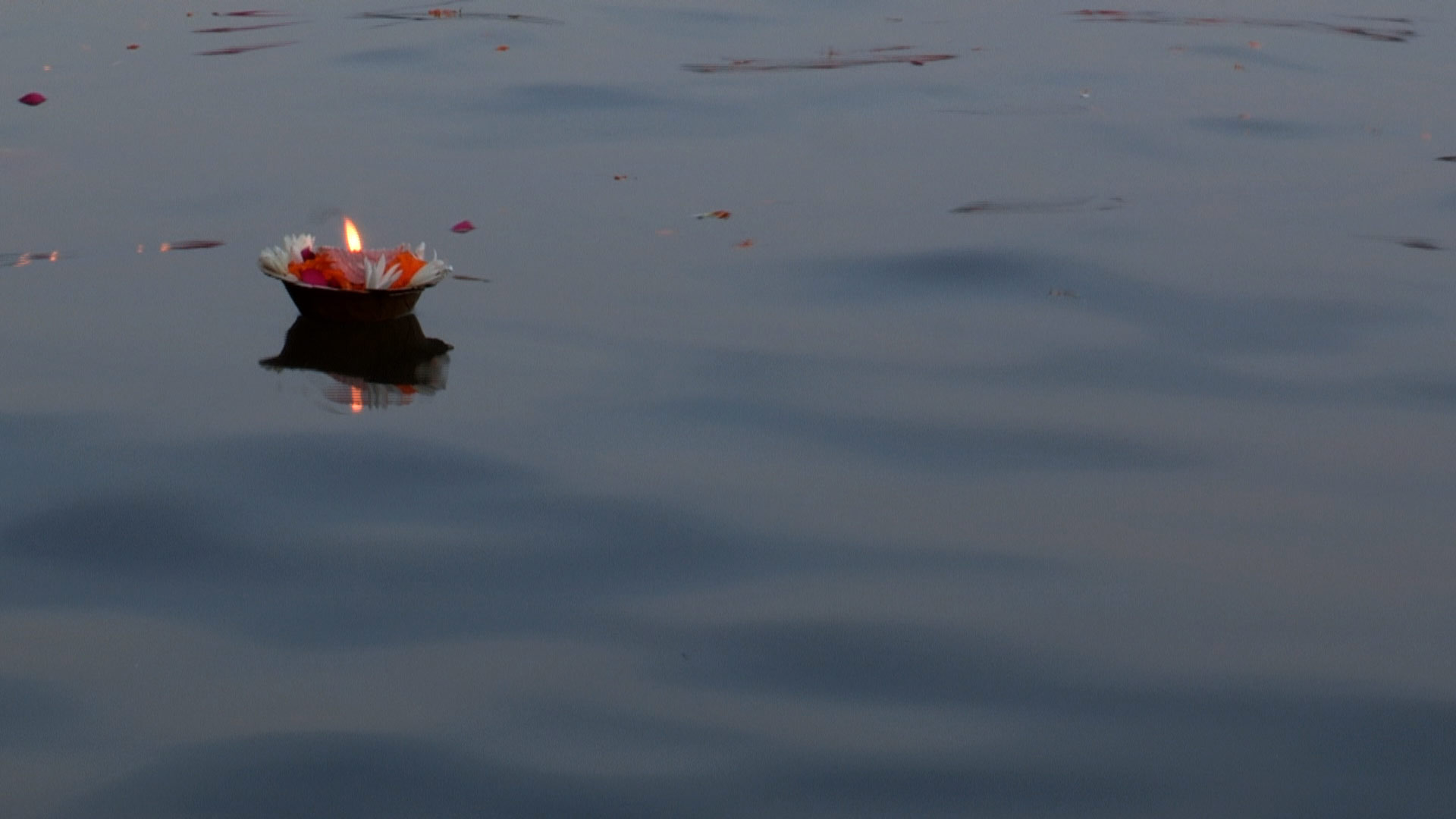 The song of the soul

Wandering, seeking, questioning. Human beings sooner or later experience a sense of lack and whatever way they choose to fulfill it or respond, they will start to move, to change, to let go in the hope of finding answers. Some – a lot – come to India. Travelling appears like a way to loose oneself and start the quest for Truth. From an outward experience, they will soon begin an inward journey. Hindu Nectar follows this process of wandering beings.

The project itself, directed by Akanksha Damini Joshi, originated from the same movement, from Outwards to Inwards.  She states: “Creativity is a circle. Like breath, it carries two directions. The world outside provides the stimulation, triggering a creative process inside. When that process reaches maturity, the creative work outside manifests. It could be a poem, an image, a dance, a song, or, in this case, a film. This is how Hindu Nectar actually happened”.

Akanksha had been making films on nature outside. Environtmental changes, climate change… She travelled to many ecosystems, trying to understand, to feel. She says:

“I connect with trees, rivers, mountains, sea. Something that does not come so easy in urban life. That creative process of connecting with the outer nature triggered a deeper creativity within me. I began to feel a need to connect with nature within me. Meditation. A dive into my inner rivers. A run through my own wilderness. A climb to reach the ever growing peak of my own being. A glimpse of the infinite depth of my own ocean. That led to Hindu Nectar. I fell back into the embrace of the wisdom teachings I was born in, via Meditation. Suddenly all that I had experienced as a child – the elaborate rituals, the shlokas, the many 1000s of gods-goddesses – it all made perfect sense. They were an unfolding of my own inner nature”.

Hindu Nectar takes up a challenge: presenting that ancient, multi-dimensional, diverse philosophical river called Hinduism in a 50 min format to an audience that did not know much about India. Akanksha Damini Joshi brought out her Inside journey by listening to Intuition and instinct: “that’s really how I was guided to the places, the people featured in the film, she explains. I knew I needed to be praying, welcoming, open. The rest would happen. It did. I call this approach, the art of feminine filmmaking!”. From the many Indias that exist – the nation state, the geography, the cultural, the linguistic, the culinary diversity, the spiritual calling -, she chose the latter: India as this unique land, one of its kind, where so many kinds of seekers have come and experimented this country where are still alive the philosophical wisdom and the spiritual sutras that go all the way to some 2000 BC, if not earlier. A gift for all humans.

Akanksha’s creativity is closer to poetry than to prose. “My calling is to create co-experiences. I use the medium of images, sounds, music to communicate a poetic inner soaring with the wish that it touches and thus triggers whosoever, howsoever it can”, she adds. The title itself conveys this poetic meaning: it comes from the Indian mythological tale of the ocean distilling a few essential bits of wisdom. What we know as Hinduism was in fact a deep churning in Akanksha’s own life:

“You lure away your demons and feed nectar to that which is godlike in you. And the process is of wandering, she explains. Continuous wandering. If not in the outer, than in the inner. You make mistakes, you move on, make new mistakes. Always learning. Forever new”.

Rather than a “documentary” – a very, straight, square word to describe this film, Hindu Nectar is an experience: an experience of the spirit. A song of the soul.

Here is the full version of Hindu Nectar.