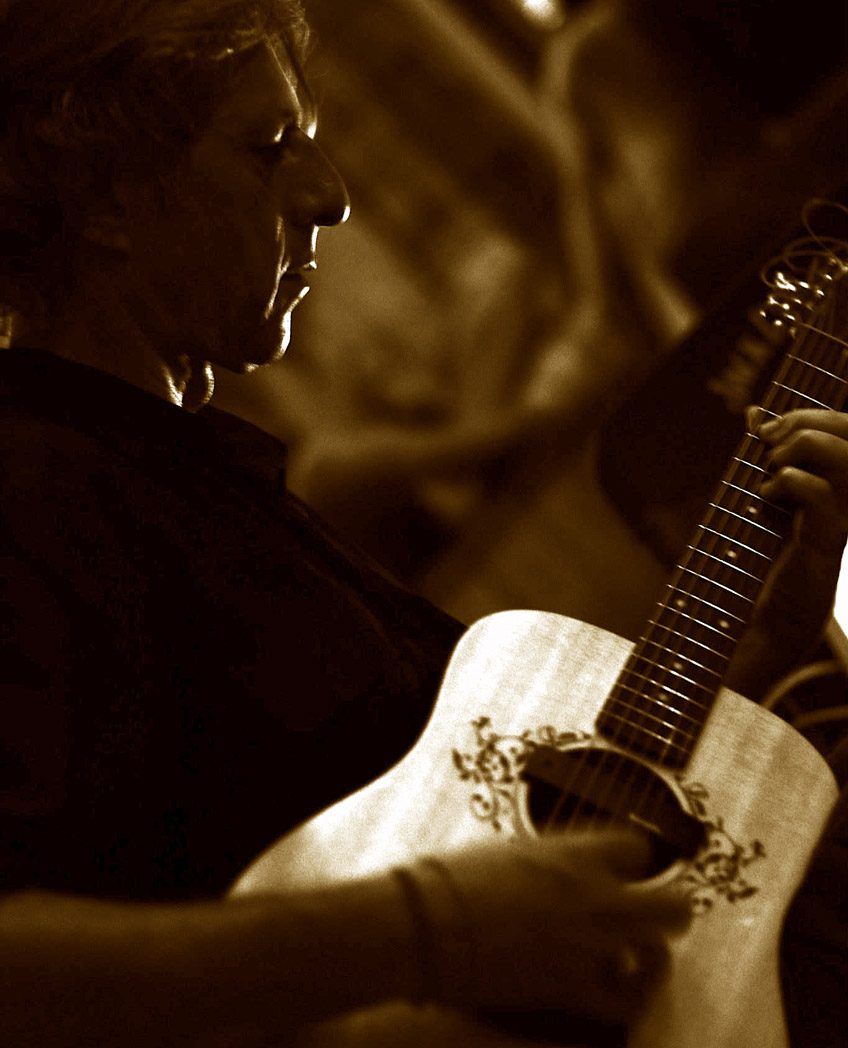 “My home is where the music is”.

Erich Lehna is a traveller between worlds. In music and on earth.

Born in the 60 ‘s as a child of rock and jazz, he later studied classical music. He has lived in many countries around the world and played the music of many cultures with local musicians as soloist and in band projects.

From the middle east to the highlands of Scotland, from flamenco in Andalusia to celtic melodies from Breton, from Indian raga to African grooves.
All these influences became a part of his playing and he developped a unique style of  guitar playing based on world fusion.

Erich Lehna‘s versatility and virtuosity inspire the listener and his emotional sound touches the heart. His live performance is a musical journey and takes the listeners to distant places around the world. And he still has sand in his shoes from his last walk in the desert.