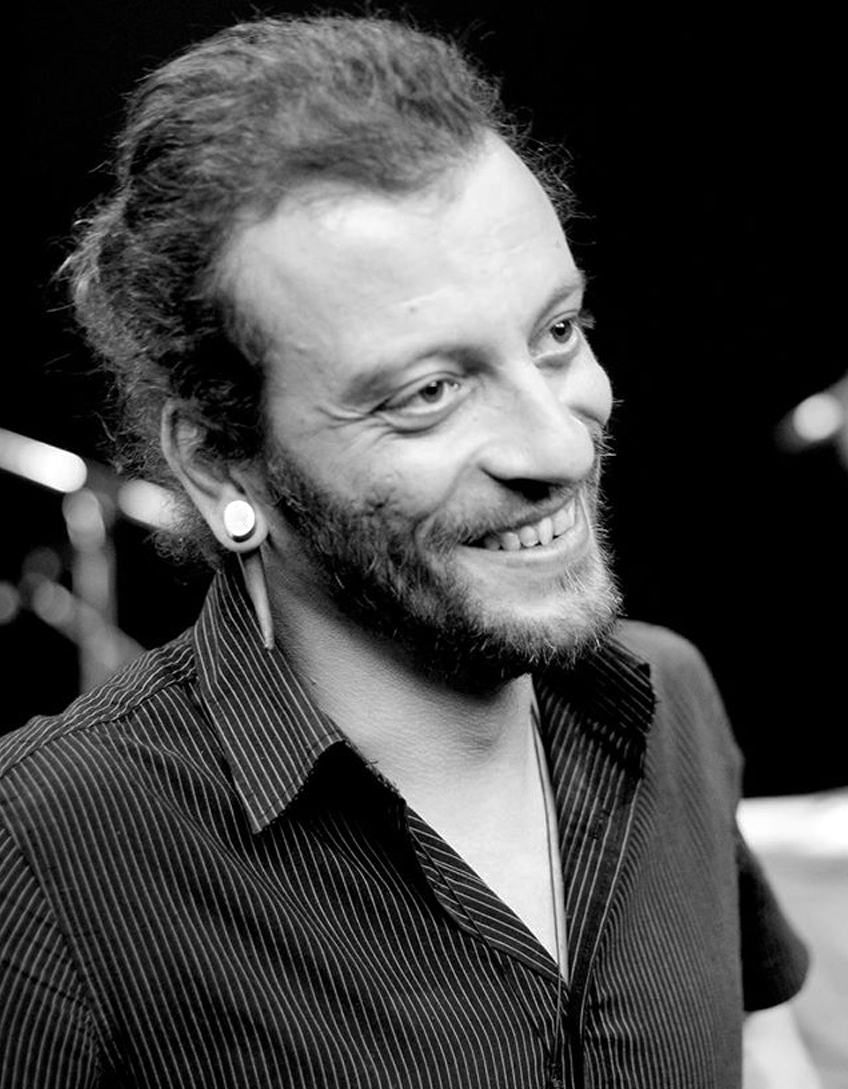 “I want to share the knowledge I have. To give the audience not just a “musical” experience, but also an opportunity to learn something more about themselves”.

Davide Swarup was born in Italy, in Como in 1974 and grew up in Capena, close to Rome. Based in Goa, an independent musician, a busker and a traveller, he considers himself as a citizen of our planet Gaïa.

At 15, he started to work in the building trade, giving up his studies to become a surveyor. He bought his first Hi-Fi and a bass guitar: he began playing with three friends of his. He started his music life in a Iron Maiden cover band named Nefastum for few years. Different jobs duties in pub, cafés, factories, catering and on building sites were then the background of his life where he was only listening to music. Two travels in India, in 2000 – when he heard for the first time the Indian santoor live – and in 2002 were the beginning of a new life for him. Slowly, he decided to “quit” his life and become a musician. In March 2005, one of his friends introduced him to the Hang and he fell in love with the instrument. Davide Swarup, hang player, was born.

From that moment, he had to keep playing. After his first three first years full of intense solo playing while he developed his touch, he played with Namaste’, the Chaishop Jams and busked a lot. He went to Moscow as a guest of the Ivanov Brothers in 2006, met Goksel Baktagir in Istanbul and played in India Arie backstage. Mixing improvisation and meditation in his creations, he performed in tea houses, galleries, private parties, benefit parties, saunas, yoga classes.

He collaborated with the multi-instrumentalist Avi Adir, from 2012 till 2015 and with Dewi Pechler. In March 2007 the independent label Samekh Records was created and his first Album “Music for Hang” released.

Besides the solo concert, he currently collaborates with guitarist Erich Lehna, violinist Julien Moretto and Constantin Kayatma in “Arambolla“.