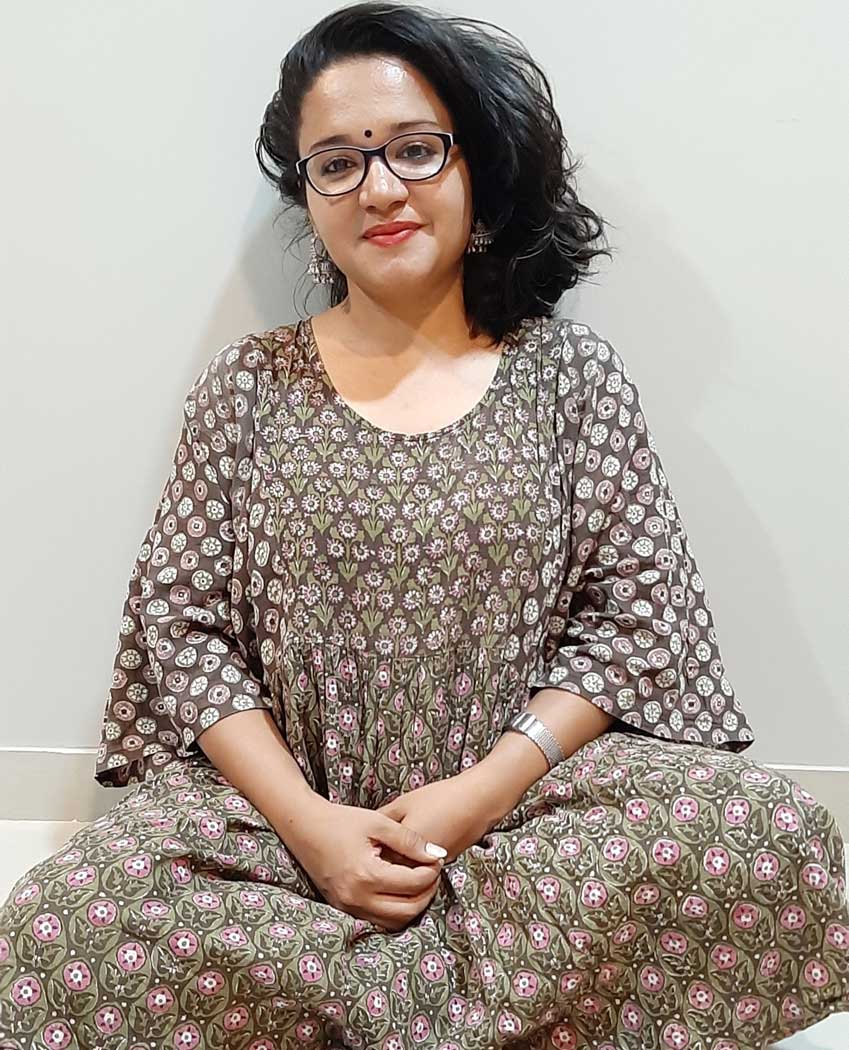 “How beautiful it would be if we happen to nurture the process of creation taking place within us.”.

Born in 1983 in Jaipur, Somya Sharma is a visual artist currently based in Ahmedabad, India. Married in 2009 and rearing a child since 2015, she has made sure that her daughter is effectively nurtured up to her best creative capacity.

Though being architect by qualification, she has been associated with advertising industry as a copywriter and voice over artist since 2009. She has always had this urge to reflect her perspective of looking at the world through the medium of art. She started pursuing it professionally since 2017 and began working on the concept of ‘Sense of Body Ownership’. She advocates the simple philosophy of owning our own life’s stories, even if they are filled with greed, lust, filth and dirt; because after all owning ourselves adds an intense level of beauty to our own lives. The solo show, which happened earlier in 2018 at Kanoria Centre For Arts, Ahmedabad, was well received by art enthusiasts of the city.

Her artworks are primarily oil pastels on paper. The medium of oil pastel is consciously chosen due to the ‘vibrant imperfection’ it creates when stroked/rubbed over the sheet.

She has also been the guest contributor for ‘A Step Here, A Mile There’, first Indo-Hungarian Poetry Anthology launched in March 2019 at New Delhi at The Great Indian Literary Festival.