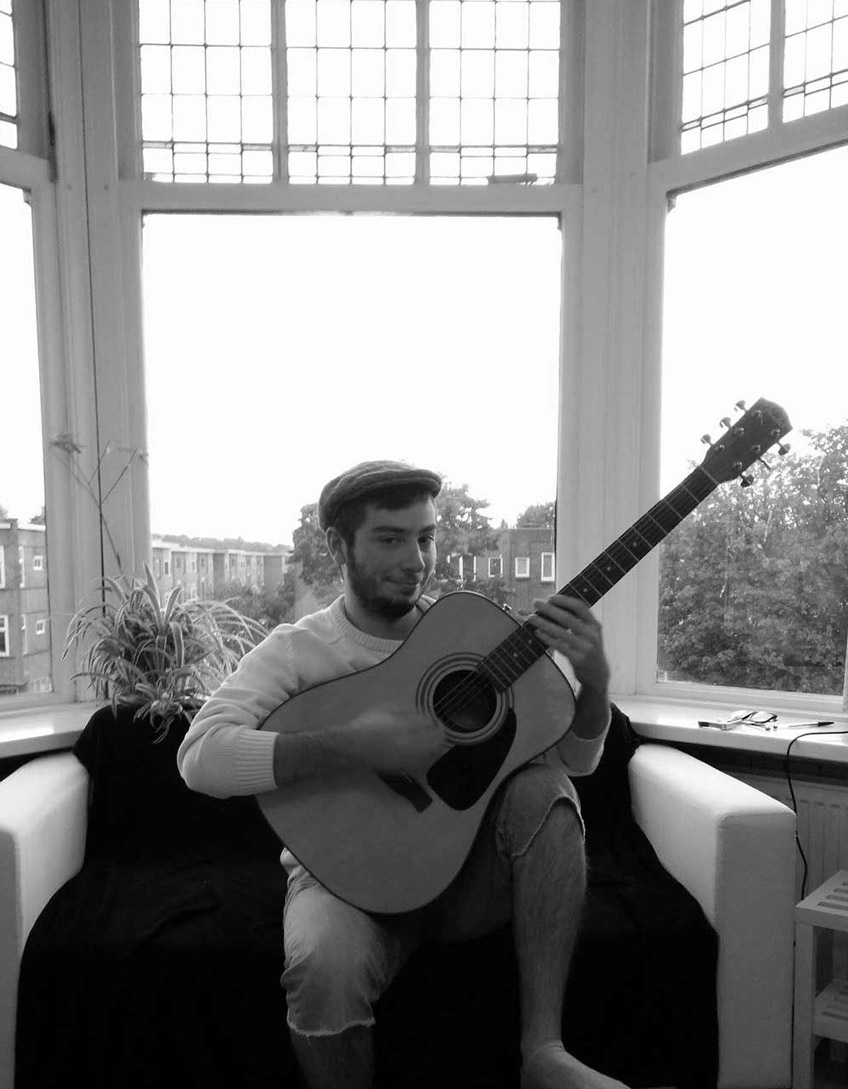 Leo-Paul Ned Alfred Marc Eli Francois Teboul is the complete name of the French artist aka Johny K. Fingers. Dedicated Liberal Arts Science Students at Leiden University, Leo-Paul currently lives in the Netherlands. He has been playing music since his 10th birthday. He has always been fascinated by percussions, he decided to start drum courses. Actually, drums will be the only instrument he learnt with a teacher, since by the age of 14 he taught himself how to play the guitar and the bass, which allowed him to broaden his horizon and start creating music. Since then he has mostly worked in on one time collaboration with different musicians in order to play at certain gigs and festivals. He became a solo artist yet, still loves a good jam with one or two good musicians. Playing an instrument has become something of a mere automatism for him, whereas writing lyrics is a newer form of expression that he’s been trying out. All of his lyrics are made after feelings that he cannot describe or experiences that he cannot convey. Usually the creation of his songs needs hard work: he will write on a scrap of paper a one bar beat, or a few chords followed by two sentences. Those are like his lego bricks, he later picks them up, adds and beautifies them to make songs.