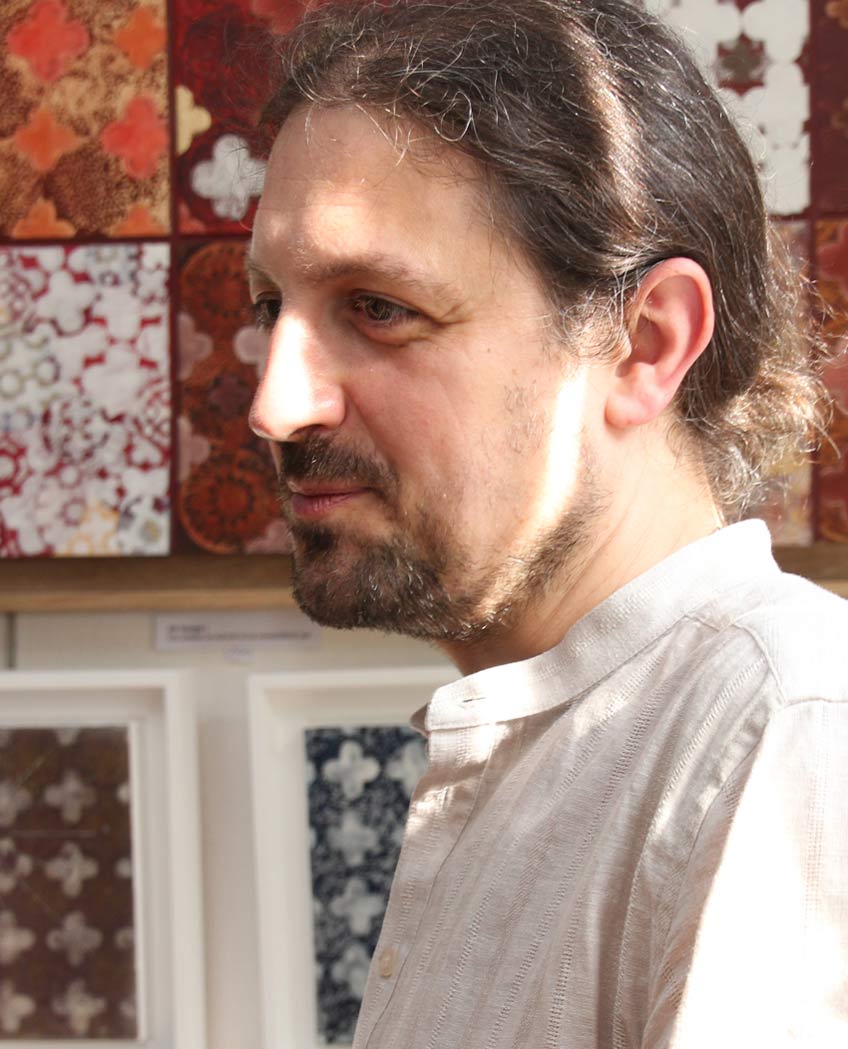 “‘Be’ and try to approach the ‘Pure Emotional’ in its essentials”.

Alain Guillon was born in 1971 in Niort, in Deux-Sèvres (France). His attraction for drawing and painting proved very early: at the age of 11, he wanted to become a painter. Graduated, 1991). It was during the last three years of his studies in interior architecture (Ecole Boulle, Paris) that he made his first paintings between 1989 and 1991, years of bases of his first artistic period (the “gray period”), in which Alain plays with the thickness of materials such as sand, earth or plaster, in a wide palette of grays. He began to exhibit in 1994, in galleries, in cultural centers in France, Belgium, Japan, Australia. His painting started to evolve into color in 1996. His interpretation of the Stations of the Cross, in a polyptych of 7 abstract paintings in 1997, was a turning point that led him to the current style of his colorful, airy and luminous artwork, full of mysticism and spirituality.

Beginning in 2001, Alain Guillon inscribed his paintings in a spiritual way and developed meditative paintings, marked by the principles of the mandala, the icon and by the repetition of the Quadrilobes. This symbol represents the four cardinal directions, inducing the notions of space and infinity. In an abstract and geometric graphic style, the painter uses mainly golden copper foil, marble powder, fine papers and colored pigments. He draws his inspiration from music and voices that lead him to a meditative inner state. In his paintings titled « The Musicalities », with more dynamic and expressive graphics, the work was born directly from the music in which the artist is immersed.

All his artwork is built on the intuitive, the luminous and the transcendent as well as it proposes an artistic expression of these notions, inscribed in the finite and the infinite, the aerial and the timeless.