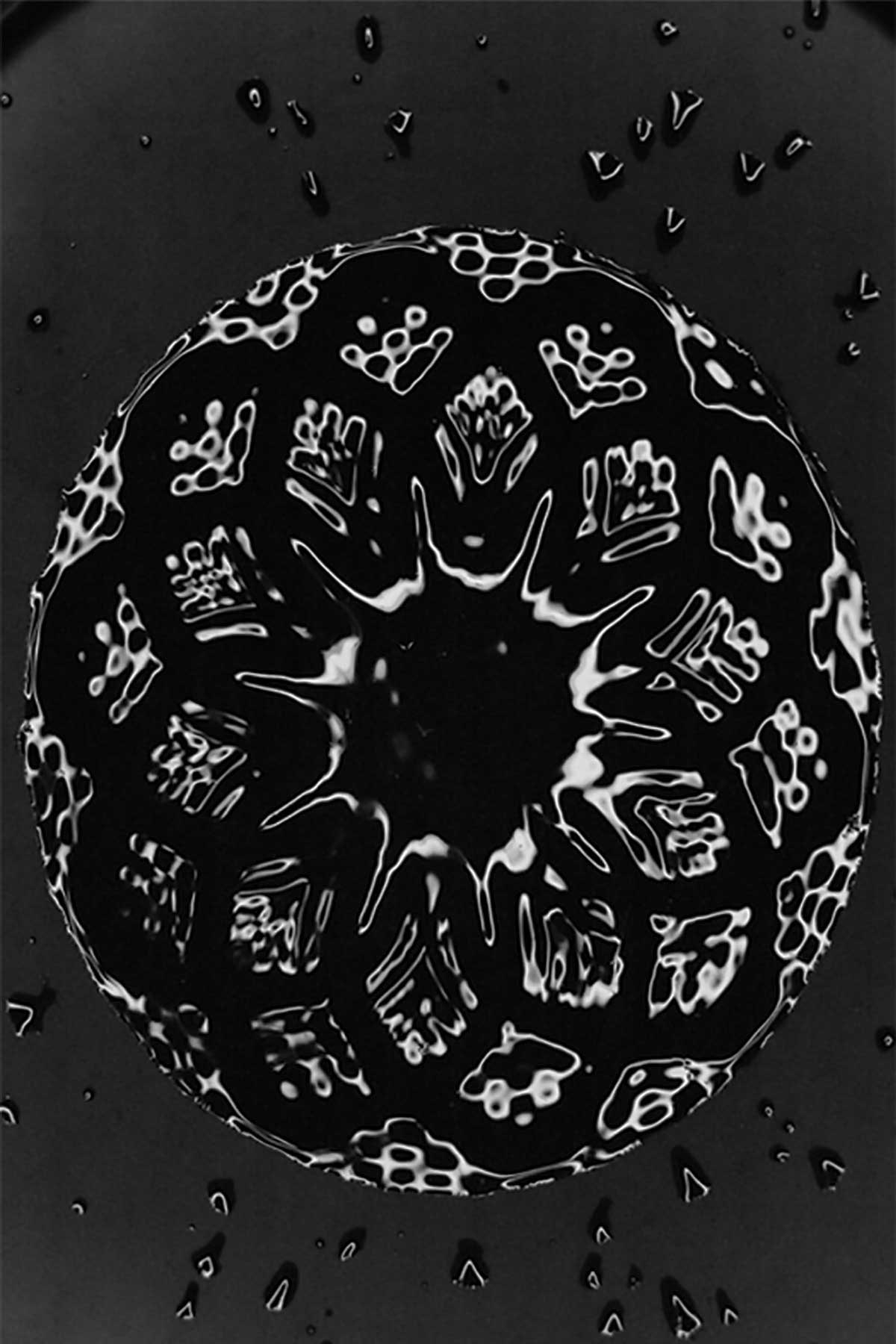 The vibration of Life

What do you think is this mandala like shape? Is it a kind of drawing? of artistic artwork? Actually, if artist there is, they are the greatest one: Nature itself . This is a stone tablet which engraves the frozen music of a church and reflects its very vibration. The result is really amazing: sound excites matter into geometric forms, which coincide with the golden ratio.

The genesis of this project has to be found in Tanya’s story: she has been practicing Reiki since she was 15 years old, so was always familiar with the idea that everything is vibrating and everything is connected. As she was approaching her second year of MA, she had to figure out what she wanted her project to be about and she came across a tribe called the Shipibo tribe who would translate their songs into geometric tapestries:

“That was the first time I heard about sound generating geometry, Tanya says. Which led  me to discover cymatics. I was completely hooked about researching the relationship between sound and geometry. I discovered that everything is sound, sound is the vibration of molecules within any medium and everything in nature emanates a geometric essence, ie. the golden ratio. This project was about exploring how sound is a creative force that holds physical reality in geometric form”. 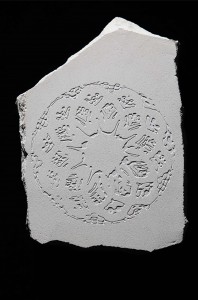 Four Hawksmoor churches’s resonant frequency has been recorded and the record ends into the frozen music of each.

The sound glyphs make it possible to see that everything oscillates, vibrates, and undulates in nature, which orchestrates geometries found throughout the natural world. Tanya engraved these vibrations onto tablets with the very stone used to construct Hawksmoor’s buildings.

This architecture of sound is a powerful insight into the invisible around us: all life manifests itself into vibrations whose pattern expresses its harmony.