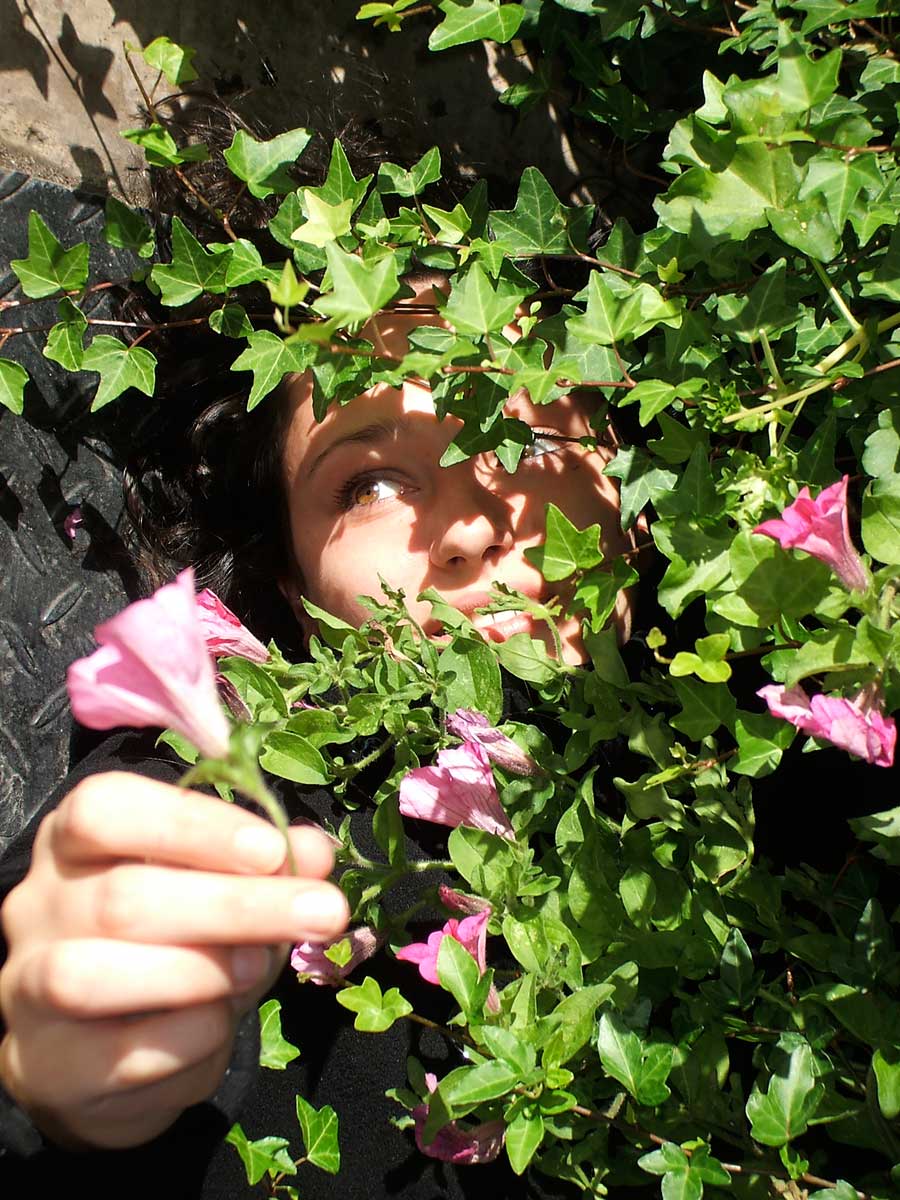 Tanya Harris did a textile design BA at Chelsea College of art and design and then went on to do an MA in Textile Futures straight after at Central Saint Martins also in London. Her BA work was also highly research based and conceptual and always had a spiritual slant. For this BA she created an installation with 6000 origami biodegradable paper birds flying into a suspended dress along with a collection of biodegradable fabrics. She would be expending on this research when she went into her MA, little did she know that she would go for sound art practice in a few years time.

After she finished her MA, she was not sure if she was a designer or an artist. She went to Peru last November 2015 and spent a month in the Amazonian rainforest with the Shipibo tribe who inspired her to pursue her career in sound art and healing. She graduated from Central Saint Martins (MA, 2013).

Her project ‘The Architecture of Sound’ was presented at London Design Festival (2013), at the Sounding Space symposium in London (2013), Oxford Brookes University (2015) and CARU Arts re Search Conference in Oxford Brookes University (2015), is being published by Bare Hill Publishing The State of Art – Installation & Site Specific #2 (UK, 2015), and featured on Soundry (London, 2013), Symatic Stimuli (Hawaii, 2015), Pioneer Works In Print (New York 2015).

During her MA she created an audio piece for the ambisonic structure, the BE OPEN: Sound Portal in London (2013). ‘Echoing Resonance’ is a 10 channel piece which explores distorting the perception of space through an ambisonic environment.

‘Everything is a result of frequency’ is an installation that facilitates a live interactive experience of resonance exhibited at Fringe Arts Bath (2014) and Townsland Carnival (2015).