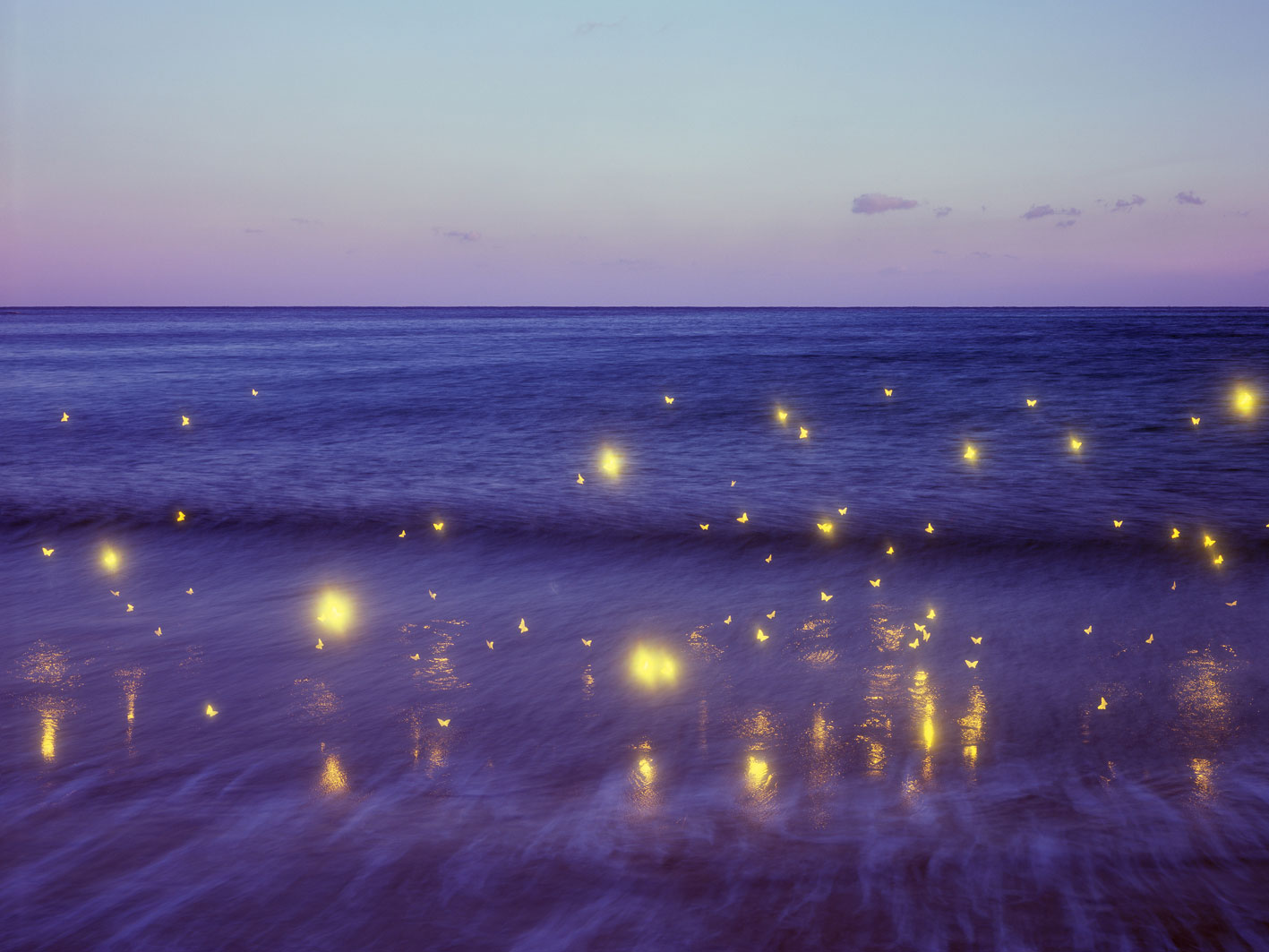 Light as a butterfly

Lee Jeonglok’s artwork brings about mysteries and connection with another world, soft and deep at the same time. An evanescent light seems to emerge from the darkness, honoring us with its presence as an angel who is always there although not visible.

A magical atmosphere one could say, unless it is actually the real world that Lee reveals before our eyes. “The ‘Instant Flash’ that I use for my work is an instant light, the artist explains. It certainly does exist but is an energy that cannot be captured. It is the most essential tool and also the most significant symbol in my photography. We now have something invisible that does exist and the positive energy that was transmitted by it. The light as a medium of such energy can only be manifested through light and darkness, gentle and tough, and harmony and balance.”

This flashing is, to quote Lee Jeonglok, a way of “painting with light” and embracing the rhythm that flows in the body, mind and soul. This artwork gives light to an unrevealed existence “rather than creating something from nothing”. One can look at the picture and let their mind come and go, looking for a deeper meaning or seeking some revelation in the enlightened souls that are flying above the surface of the ocean, or in the spirits of the tree playing around a powerful trunk. The lights take the form of a butterfly, a very deep symbol. It represents a being which moves from the visible world to the invisible one and embodies a spirit who is a gate and a messenger linking the two worlds. As the artists states: Nabi, in Hebrew means the prophet, the enlightened. it symbolises a soul in the eastern countries: 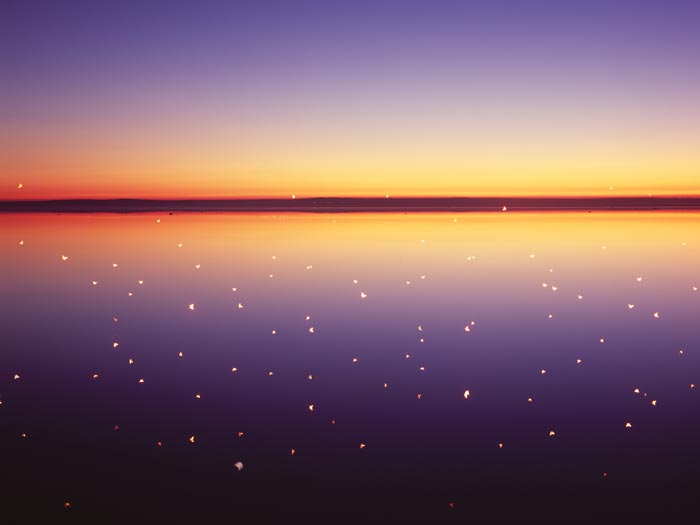 “When day and night get mingled and so do light and darkness, there surfaces the deep and soothing energy of time and space. Then I capture and record the mysterious energy of that moment on my film. As the darkness falls, my senses and reason get tranquilized. Slowly and quietly, my humble being gets drawn deep into the energy of the space.

When the world falls under the spell of the darkness completely, the energies in and out of myself meet each other once again and at that moment I press the shutter again. Everytime the flash goes off in the dark, a nabi (butterfly) comes into being. One, two, three, four, five…, tens and hundreds of energies turn into nabis (butterfly) and land on my film.”

Sometimes spheres appear instead of butterflies. They stem from the original form and order of the universe. As Lee says, this is the expression of « the spirit inside the form, not the form itself ». Reflections as well give a strong magic to Lee’s artworks. Accurate shapes of light, the blur as well as the reflection of the flash onto the water surface: this collection of moments seem to mirror the past, the present and the future gathered in one overall picture. In that, the image widens the view and the experience of time. In a single moment, on the other side of the visible many presences remain and they all energize the natural elements.

In Cappadocia (Turkey), the artist tried to visualize the noble and sympathetic connection with the earth that was emitting an intense energy. (Nabi 133. Tuz Golu salt lake in Turkey.)

“There is a space in which reason dissolves, Lee adds. That is a special place which is outside of the fence of concepts. The place is outside and inside of myself at the same time; when I reach that place, I do not merely depend on my sight, but I exploit all my senses. When all senses are unlocked, a new world is opened”.

A journey into eternity

A journey into eternity