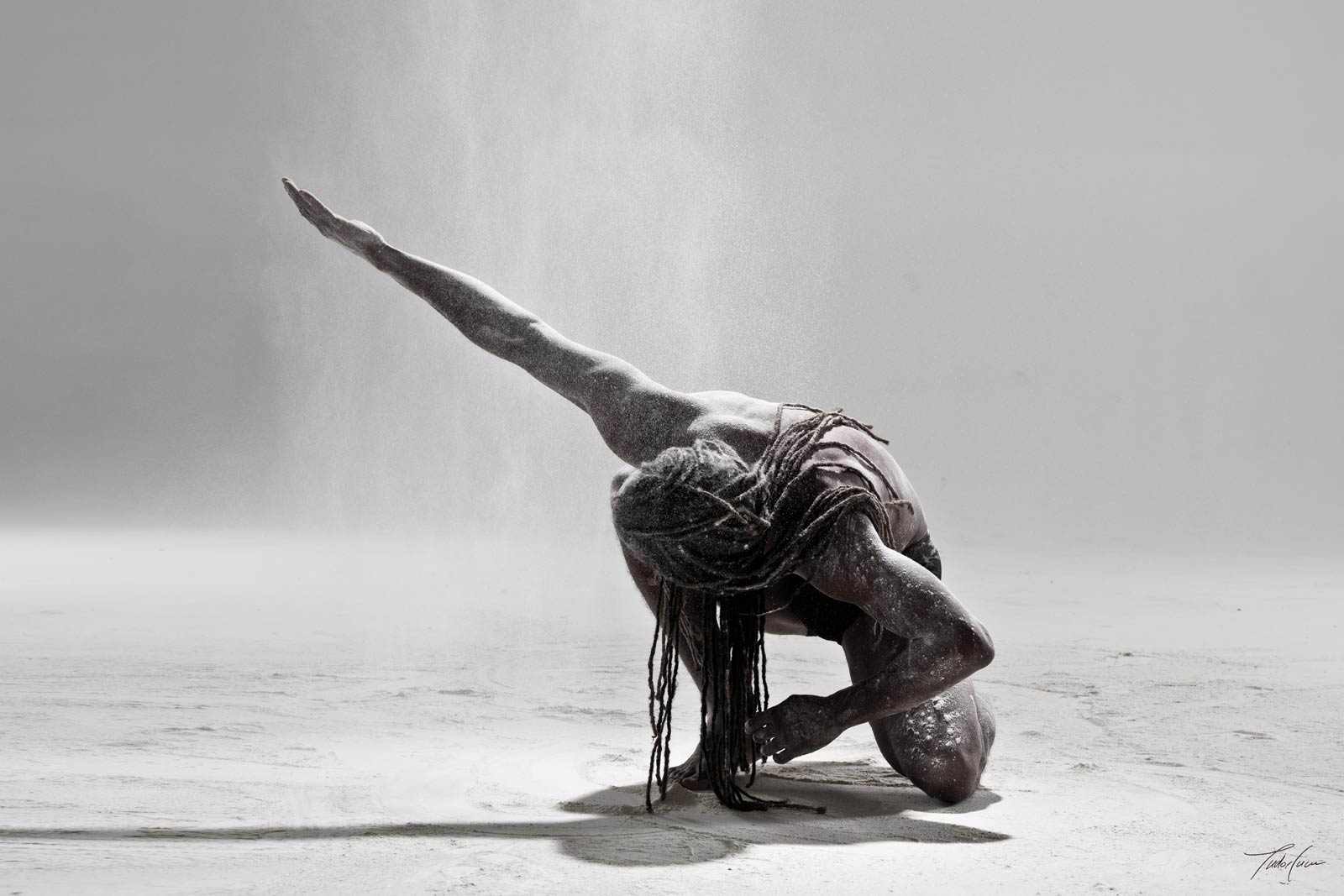 Momo Sanno dances a world one can dream where the bond we have with elementary life is alive: he gives shapes and movements to this deep relationship which exists only in our imagination.

As Gaston Bachelard states in Water and dreams, “Imagination is not, as its etymology would suggest, the faculty of forming images of reality; it is rather the faculty of forming images which go beyond reality, which sing the reality. It is the faculty of a superhumaneness”: our imagination is made with matter, even more, this matter is imagination, because it gives it birth to it and nurtures it. Instead of an abstract world without substance, the elements become concrete through Momo’s dance, which  embodies our relation to the world. To quote Bachelard once again, “the image originates straight from human consciousness, from the very heart of being”: the “Elements of life” simply dance this very image.

“Elementa”: the four or five elements have to be thought together, as a system. They work in couple, in a traditional opposition between fire and water, air and water. These Elements, early in the ages, were seen in their balance: isonomia for the Greeks refers to a system within any human being that has to be in balance to ensure their well being. Dancing the Elements, Momo Sanno offers us a hymn to Life as a whole, including outer as well as inner world. As the artist says,

“When I was creating the idea for the elements, I was trying to express, to embody the fact that we are not alone. It is not only us as humans on this Earth. We are connected, we are one. We are part of nature, we are not against the natural way of the world. In our body, we find all the main elements, earth, water, fire, metal. There is a sublime connection that takes place between us, our self and the natural world that surrounds us. And when we allow this conversation to take place, we find a deeper understanding, and the selfless aspect of our being loosens its solidity, it can even dissipate for a period of time, and we can sink into a deeper world, one that does not put accent on separation but on Ones”.

“Elements of life” reminds us that we are made of these very Elements we find in Nature and, for this reason itself, we are One with Life. In this sense, Momo Sanno’s dance may appear like a revelation, a curtain raiser, an insight in our True Being: “Elements of Life” is a way of using the body as a bridge between outer and inner, between the natural Life and the very constitution of our living being. Much more, each Element is given a shape: the dance tends to embody what could look like an abstract idea, make it visible and enhance its own life.

Dancing Air and here is a body flying, light and hanging, inbetween Sky and Earth, fully vibrating with the vital Breath (the k’i according to the Chinese). To quote Bachelard, “the aerial freedom speaks, enlightens, flies”: the dream of flying comes true. Momo Sanno translates into dance and movement this aerial matter which fills so strongly our phantasy.

Grounding and deeply connected to gravity, here is a dance to praise Power and Strength sprung from Earth. Earth, primordial Chaos, Prakriti, materia prima: this Element is the Universal Mother who gives birth and regenerates. According to Gaston Bachelard, this one is the most tangible and concrete, the archetype of matter itself. Dancing Earth becomes a hand-to-hand movement through which the Oneness between any Human Being and this terrestrial element is revealed.

And the body recovers its genuine meaning: a channel, a media, which disappears as an independant entity to become One with the outer world. Freely the dance lets the flow express itself so as to evaporate all that remains as a separate being and make it become One with the energy of Life. 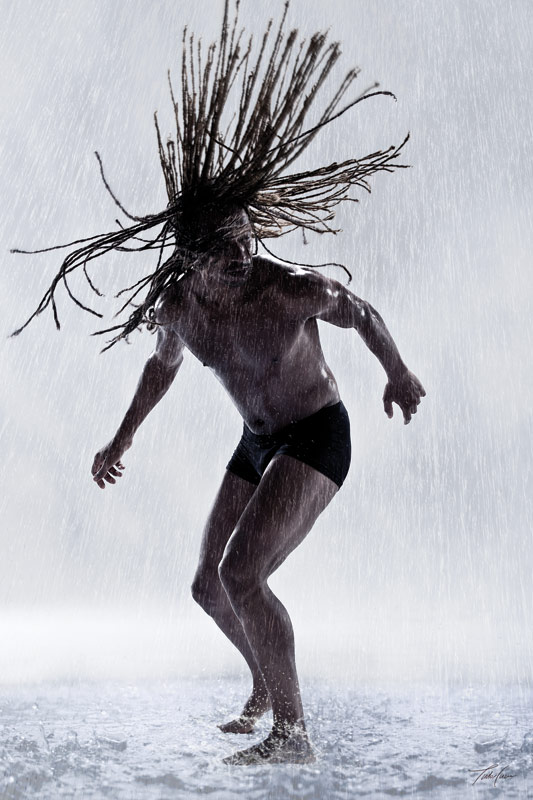 What Momo Sanno expresses through his dance is also about going back to the essential: remembering our connection with Nature and becoming part of this universal flow around us. Here is Momo Sanno‘s“Elements of Life”, dancing Oneness: