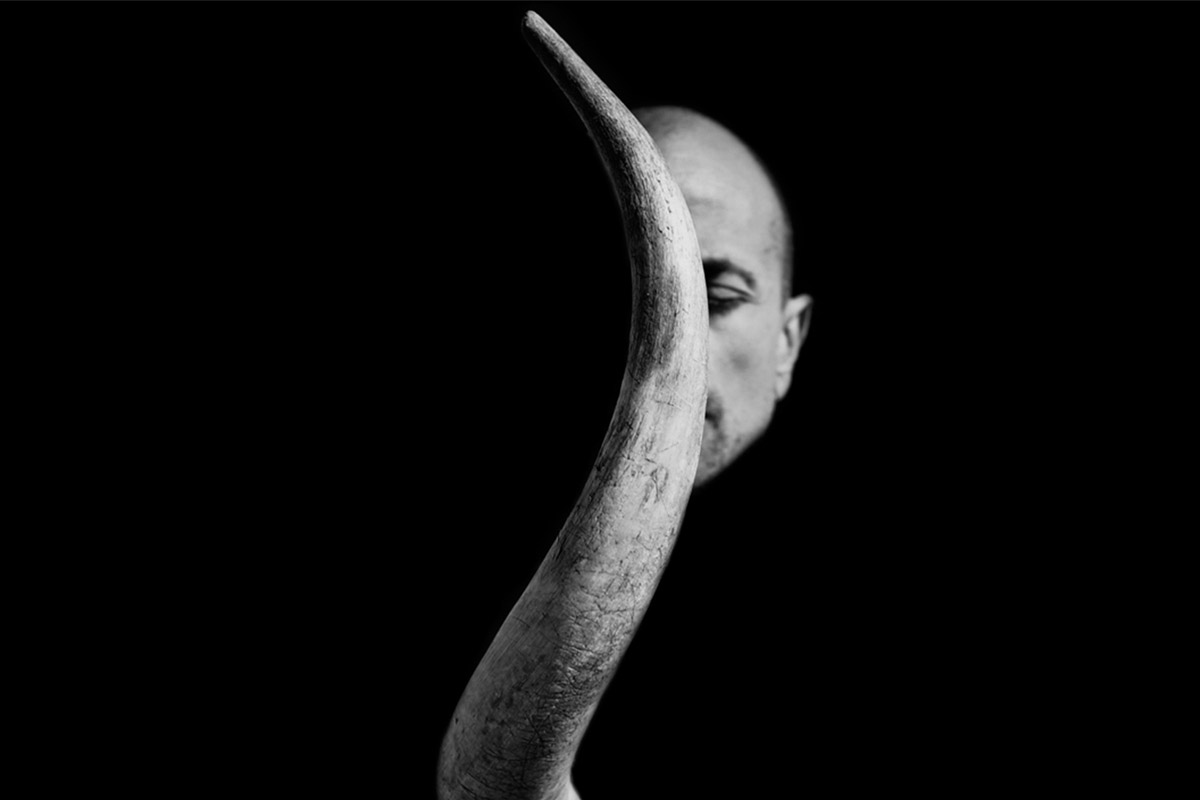 Eyes closed, in a deep state of calmness and inner peace, as if floating in the air, one sees oneself as part of Nature, and even more, Nature itself. The human being becomes blurry and relegated into the background. The strength and the primitive grounding presence of the bull’s horn are the only Truth left.

Gonzalo Benard’s “Horned” is a powerful metaphor of Oneness: when the mind shuts down, when all boundaries fade, when we just are.

Indeed, this is the main photograph of the series “Oneness” which was created during a sabbatic year in the country side. A few years ago, Gonzalo Benard awoke from a coma which had deprived his brain of oxygen. When he awoke from the coma, he finally took the decision to recover in the middle of a forest far from everything. When he was young, he used to run free in an immense field most times naked, playing Indians with the spirit of his dead brother, performing rites in nature. There, he could feel the Air, the cold waters of the river nearby, the heat of the sun, the Earth.

The series “Oneness” comes from his reunion with nature and the feeling of being part of it, as, to quote Gonzalo, “a wizard, a shaman, a boromatchi… a wise being feeling nature as it is. Without labels. Without boundaries. A hybrid of many lives”.

“Horned” is no less than a spiritual totem. The artist explains:

“Inspired in the Palaeolithic and Shamanic cultures, I created this portrait with a bull’s horn, the bull being a symbol of power and strength. We tend to underestimate the animals, maybe to create a distance from them, as the animals we are, so we often forget how much we can learn from them. In fact, parallel to our contempt, or thoughts on how superior we are to them, we envy them deeply. We have always wanted to have the strength of the bull, the wings of the eagles, the feathers of the peacock, the vision and sense of smell of the wolves, the elegance of the horses, the dynamic legs of some others, including felines. In old cultures, telling a woman that she had the eyes of a cow was the best compliment in terms of beauty. On this “Oneness” series I observed animals and nature in general, trying to learn from them how to come back to myself after this opportunity to get back to life. “Horned” gave me the physical strength I needed at the time.
The whole series worked as a shamanic healing.”

The bull’s horn works as a potent sanctuary where the artist’s life is safe and where he can be reborn, given a new life at one with the Universe.